The Jewish Community in Rome has a very rich history, starting about 2200 years ago. In fact, evidences of  Jewish existence were found in Ostia Antica and also in Trastevere Area. During the middle ages, Jews were always active in Rome and Naples and In the early XVI century there were different Jewish Quarters.

This  coexistence was dramatically interrupted in the year 1541, with the banning of all Jews from the Kingdoms of Naples and South of Italy. Therefore Naples never had a ghetto, unlike Rome or Venice.

For about 350 years there were no Jewish communities in the South of Italy and, in the meantime, most Jewish sites went lost in several urban renewals in Calabria, Sicily and Naples. The Community was revived only in the year 1864 after Italian unification and, nowadays, the Naples Jewish Community counts only 120 people. There is a stunning synagogue, established in the year 1864 with the contribution of the Rothschild bankers, which is the only place where Kosher food is available in the South of Italy and there is Minian on Shabbat. 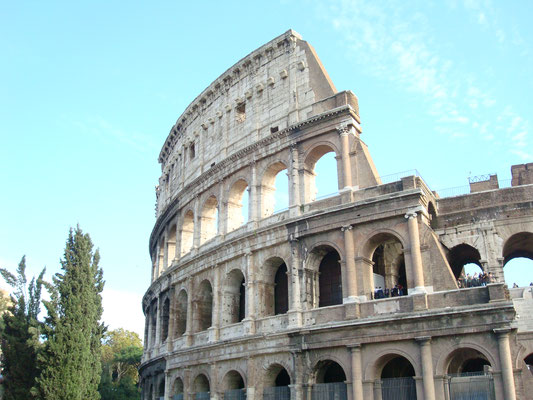 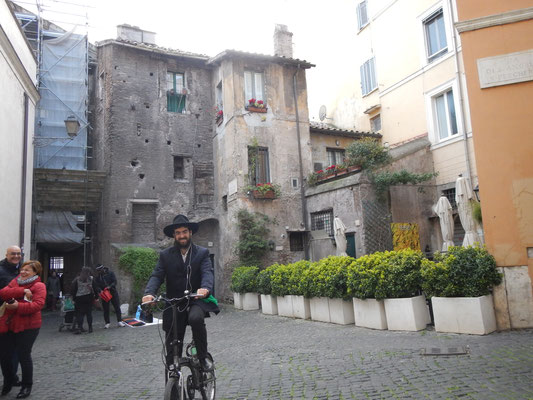 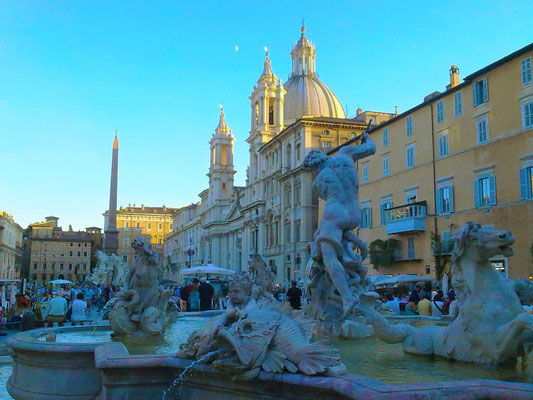 Enjoy an elegant Shabbat dinner in a unique and intimate setting.

Join us as we celebrate Shabbat with a delicious Kosher three-course dinner, in a warm Shabbat atmosphere. From the Kiddush and Matzah balls, to the meaningful discussion & inspiring song, this is a Shabbat experience you won’t forget.

Labriut selfservice and B&B Kosher with all comfort and Shabbat atmosphere.  Also join us for Private Cooking lessons.

Please note: All Friday night and Shabbat day, meals take place at the Jewish of  Trastevere at Via Federico Rosazza, 21, Rome - Italy.

Something very special begins at sundown in Trastevere.

Of course! You are invited to the most special Shabbat dinner in Rome.  Let's lit candles and say the blessing together. If you are late, no worries, you can arrive for Kiddush, the blessing over wine.  This blessing gives thanksfull for Shabbat and recalls the importance and holiness of resting.

While washing the hands, there's a blessing to say - if you don't know it, we can help you!  Then two Challahs will be uncovered and we'll recited the prayer for giving thanks for bread and start the most wonderful Shabbat Dinner in Rome.

Discover the Jewish Ghetto of Rome

The origins of the Jewish community in Rome are dated back into II century BC.

Boutique shops, Kosher kitchens, and bakeries line the streets of this neighborhood, as a visual sign that the once unseemly ghetto is now a thriving neighborhood. Within the area, the endangered Judeo-Italian dialect, known by only 250 people in the world, is sometimes spoken, using Italian prefixes and suffixes with Hebrew and Aramaic roots. In general, the quarter boasts some of the finest dining in the city – but their fried artichokes and filetto di baccala' (cod fish) are a specialties that simply can’t be missed!  The Great Synagogue of Rome, The Tempio Maggiore di Roma is the largest  Synagogue iof the city. designed by Vincenzo Costa and Osvaldo Armani and completed in 1904.

Discover also Rione Trastevere the most charming, picturesque neighborhood in all of Rome with it's narrow streets and clothing lines strewn with colorful assortments of hanging laundry. The origins of this special Roman distric back at the time of the Emepror Octavius Augustus.