is a philosophy, a movement, and an organization. It is considered to be the most dynamic force in Jewish life today.

About 250 years ago, the Chabad-Lubavitch movement swept through Russia and spread in surrounding countries as well.

of the organization can be traced to the early 1940s, when the sixth Lubavitcher Rebbe, Rabbi Yosef Yitzchak Schneersohn of righteous memory (1880–1950), appointed his son-in-law and later successor, Rabbi Menachem Mendel, to head the newly founded educational and social service arms of the movement.

Lubavitch appropriately means the “city of brotherly love”The word “Chabad” is a Hebrew acronym for the three intellectual faculties of Chochmah—wisdom, Binah—comprehension and Da’at—knowledge. The movement’s system of Jewish religious philosophy, the deepest dimension of G‑d’s Torah, teaches understanding and recognition of the Creator, the role and purpose of creation, and the importance and unique mission of each creature. This philosophy guides a person to refine and govern his or her every act and feeling through wisdom, comprehension and knowledge.

The word “Lubavitch” is the name of the town in White Russia where the movement was based for more than a century. Appropriately, the word Lubavitch in Russian means the “city of brotherly love.” The name Lubavitch conveys the essence of the responsibility and love engendered by the Chabad philosophy toward every single Jew.

Motivated by his profound love for every Jew and spurred by his boundless optimism and self-sacrifice, the Rebbe set into motion a dazzling array of programs, services and institutions to serve every Jew. Today, over 4,500 full-time emissary families apply 250-year-old principles and philosophy to direct more than 3,500 institutions (and a workforce that numbers in the tens of thousands) dedicated to the welfare of the Jewish people worldwide. 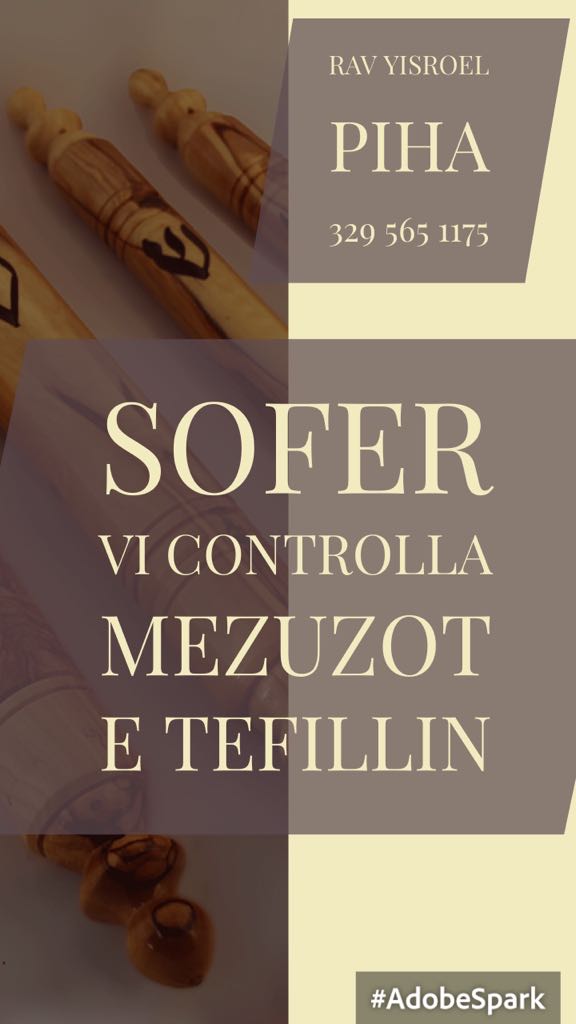 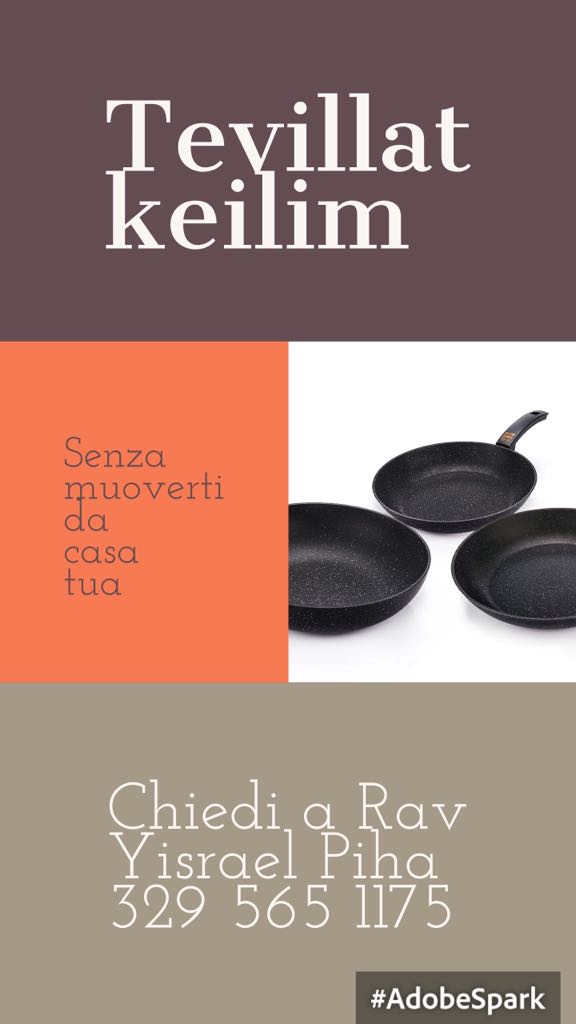 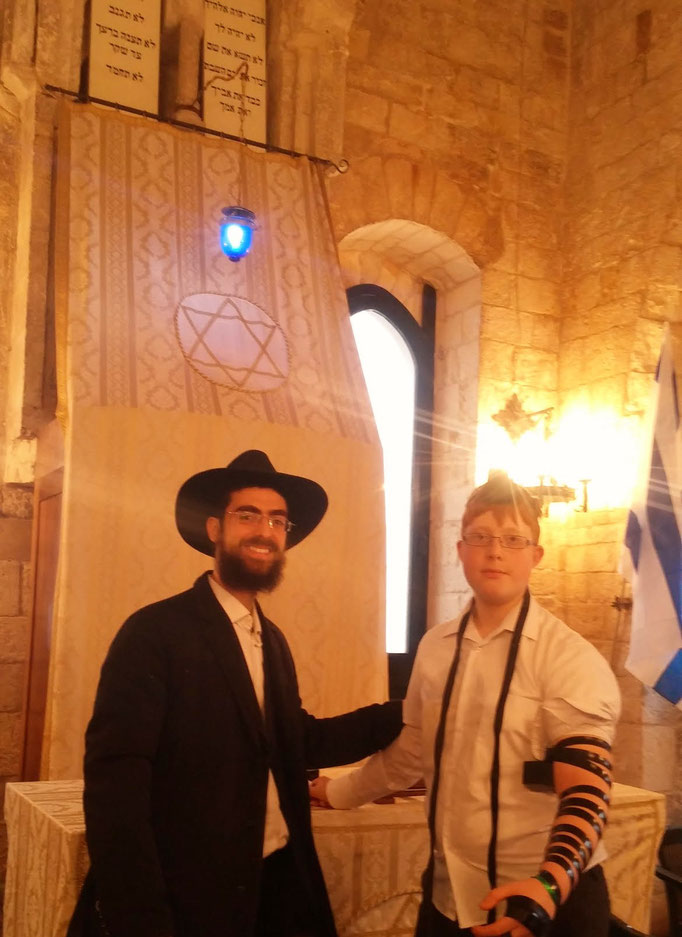 For centuries after the expulsion of Spanish Jewry in 1492, pockets of Jewish people clung to their faith in secret. While giving the appearance of being devout Christians, they maintained Jewish practice in hiding.

Some of these crypto-Jews held positions of great prominence in Spanish government, finance, culture and academia. One such Jew was a very high official in the royal court who enjoyed a close relationship with the reigning monarch.

But the day came when the powerful arm of the Inquisition caught up with him, and he was accused of living as a Jew. He was summarily tried and sentenced to death by auto-da-fé.

Since he had many important duties, he asked the king to defer his punishment for a year so that he would be able to put the kingdom’s affairs in order before being burned. Although the king rarely involved himself in Inquisition matters, he requested that his friend be granted a year, and his wish was honored.

The year passed all too quickly, and the king once again asked that the punishment be delayed by one month. This was followed by a request for an additional week and then a day.

Finally, word was given that the treacherous Jew, who had pretended to be a faithful Catholic, would be put to death by burning in the city square.

People gathered from miles around to witness the event. The pyre was burning, and the priests were performing their last rites.

Suddenly, the ground shook. Buildings crumbled. The bleachers wobbled. The crowd dispersed in panic as the city was gripped by an earthquake. In the mayhem, the accused managed to slip away from his captors.

A few weeks later, he escaped out of Spain to safety.

Well versed in classical philosophy, the Jew knew no rest. Was the earthquake sent by G‑d just to save him, or was it simple happenstance? Could it be that G‑d was intimately involved in his personal affairs and cared about him?

After giving the matter some thought, he decided to further contemplate the issue. If he would conclude that it was simple coincidence, then he would continue to live his life in the relative safety of his non-Jewish persona. If, however, he would come to understand that G‑d had ordained the earthquake for his personal protection, he would have no choice but to live according to G‑d’s will, as an open and proud, practicing Jew.

He immediately began discussing the issue with the philosophers and thinkers whom he met in Germany, where he had come to reside. He always talked of a theoretical minister, never letting on that it was he himself who had experienced such an amazing turn of events.

The opinions flew fast and furious, and every wise man had his say, but there was no answer that satisfied the stranger from Spain.

In desperation, he decided to travel eastward to seek the council of Rabbi Israel Baal Shem Tov, the leader of the nascent Chassidic movement.

As the travel-weary man came to the courtyard of the famed rabbi, he saw a man stroking the horses. It was none other than Reb Volf Kitzes, one of the Baal Shem Tov’s star pupils.

In response to the Spaniard’s query, Reb Volf indicated that the Baal ShemTov was inside the house.

As soon as the stranger entered, even before he was able to speak, the Baal Shem Tov called out, “Welcome, minister from Spain!”

Shaken by the fact that the Baal Shem Tov knew who he was without being told, he stood silently. “Regarding your question,” continued the Baal Shem Tov, “you would do well to speak to my student, Reb Volf. He’s the one you met outside stroking the horses.”

After hearing the man’s story, Reb Volf explained: “It is entirely conceivable that this earthquake had been preordained since the beginning of time. However, the fact that your punishment had been timed just so that it happened neither before nor after the earthquake is clearly a miracle that G‑d has brought about through His many messengers.”

Satisfied at last, the man began to live openly as a Jew and as an adherent of the Baal Shem Tov’s teachings. Jewish Stories. Adonay Ariza jornalist and historian

It was an unusual job for an Eastern-European Jew at the turn of the 19th century, but Aryeh did his job faithfully. As the mayor of his town, he was responsible for recording births, deaths and other important events.

It once happened that the son of a non-Jewish family decided to convert to Judaism, an offense that could cost him dearly in those days, man could not use his official papers
when it was illegal for a Christian to leave his faith. But he was determined to follow the G‑d of Israel, and the Jewish nation welcomed him warmly and sheltered him from any harm. There was just one problem. The man could not use his official papers, where he was identified as a non-Jew, since his Jewish appearance would give away his “crime.” But neither could he request Jewish identity papers without raising suspicion.

Finally, a solution was found. A Jewish man of approximately the same age had passed away. If Aryeh “neglected” to record his death, the convert could simply assume his identity and live openly as a Jew.

But things went horribly wrong. Someone (possibly a relative of the convert) exposed the plot, and Aryeh soon found himself in the thick of a legal battle for his life.

Distressed, Aryeh made his way to Rabbi Schneur Zalman of Liadi and poured out his heart.

After hearing the date of the impending court hearing, Rabbi Schneur Zalman advised him to request a deferment.

When the second court date loomed close, Aryeh once again came to Rabbi Schneur Zalman, who again advised him to delay the case, which he was able to do once again.

When he was no longer able to push off the trial, the rabbi advised him, “Soon my granddaughter will marry the grandson of Rabbi Levi Yitzchak of Berditchev. The wedding will be in the town of Zhlobin. See to it that you attend the wedding and try your hardest to speak to Rabbi Levi Yitzchak. He will surely be able to help you.”

But things were not so simple. The town of Zhlobin (halfway between the hometowns of the two illustrious rabbis) was packed with thousands of visitors who had come to witness the spiritually charged nuptials. Every time Aryeh tried to approach Rabbi Levi Yitzchak, he found his way blocked by hordes of others who also wanted to spend a few precious moments in the presence of the holy man. Feeling desperate, he decided to present himself at the door of Rabbi Levi Yitzchak’s room, ensuring that he would be the first one to be allowed in the following morning.

(As he waited, he observed how the great sage lay in bed, and two assistants read to him simultaneously, one from the Mishnah and the other from the Zohar. The rabbi lay motionless, appearing to be asleep, but whenever one of the readers would stumble, he would call out, “Nu, nu!”This lasted for two hours,  until Rabbi Levi Yitzchak was refreshed.)

When Aryeh was finally ushered in, the holy man asked him, “Who sent you here?”

“My rebbe,” was the reply, “Rabbi Schneur Zalman.”

“Oh, my new in-law, he is a righteous man, a sage, a G‑dly person,” repeated Rabbi Levi Yitzchak a number of times, each time enumerating the fine qualities of his colleague. “Nu, sertze,” said Rabbi Levi Yitzchak (using the endearing Slavic term for “heart”). “What can I do for you?”

“I am a mayor of my town,” began Aryeh, briefly outlining his problem.

“What is a mayor?” wondered Rabbi Levi Yitzchak aloud.

After Aryeh explained his duties, he asked, “What? A Jewish mayor? Who ever heard of a Jew being a mayor? How can that be?”

“My rebbe himself told me to accept the position of mayor,” replied Aryeh. “If it is indeed the case that you took the job with the blessing of my in-law,” said Rabbi Levi Yitzchak, again waxing eloquent in his praise for Rabbi Schneur Zalman, “you have nothing to fear. G‑d will surely help you and guard you from all evil.”

With that, the audience drew to a close.

Upon hearing what had taken place, Rabbi Schneur Zalman said to Aryeh, “Nu? Did I not give you good advice? Was it not a good idea to go to Rabbi Levi Yitzchak?”

The date of the trial came steadily closer, and Aryeh still had no idea how he would defend himself. After all, he had indeed allowed the poor convert to use the identity of the deceased man. But then, a day before the trial, a fire broke out in the courthouse, and all the records were burned to a crisp—including all incriminating evidence against Aryeh. Jewish Stories. Adonay Ariza jornalis and historian

Italy Jewish Guide - By Meyer Piha. The New Edition of a complete guide of Restaurants, Synagogues, museums and shops.

We certificate food in all Italy

We are able to travel to your food factory, winery or olive oil to certificate according with the kasherut rules.